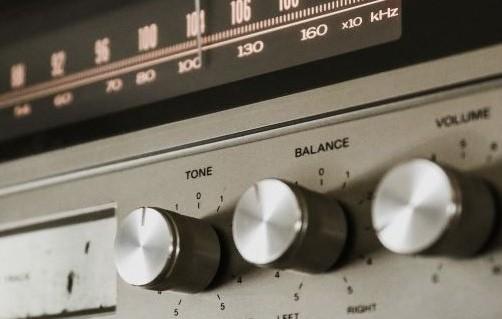 What Do You Hear?
What do we hear when we experience sound? Most people have little trouble explaining or articulating how they interpret particular sounds. We can usually describe sound as being high or low pitch and in short or long intervals. We can even make an educated guess as to the original source of the sound based on past experiences. But we don’t have the ability to see with our naked eye what it actually is we are experiencing when we hear sound.
Vibration
Sound is vibration traveling through a medium. Like all other forms of energy, sound is essentially moving particles. It moves in waves and can travel through different mediums such as air, liquid, gas and solids. The medium ultimately decides how well we can hear the sound. This is why we can hear sounds traveling through the air more prominently than sounds that travel through a wall or under water. Not only that, sound waves deteriorate with distance. The further sound has to travel, the fainter it gets.
There are many different kinds of sounds we hear and those sounds are equally different in their respective frequencies. A sound’s frequency is the number of waves that pass a certain point in a given interval of time.
Higher pitched sounds will have a frequency of many short waves while lower pitched sounds have a frequency of fewer, but longer waves. But as we said earlier, there are many different types of sounds. How do we know the difference between a dog barking, a train whistle and a whisper? The answer is in our brain.
The brain interprets sound using the auditory and cerebral cortex. It can be explained in two separate processes.
Frequencies & The Brain
First, there is a physical process whereby a source must emit the sound. Something must happen to vibrate the particles to get them to move in waves. An example can be a voice. When someone speaks, their vocal chords vibrate. The pitch and timbre of their voice dictates the type of vibration and frequency. The sound of their voice leaving the mouth interrupts regular moving air particles, causing them to vibrate at the particular frequency, while the air particles carry that frequency in waves. The vibrating waves of air enter your ear through the external auditory canal.
Second, there is a psychological process. After the vibrating waves of air reach your ears, they stimulate an ear drum which also vibrates. The ear drum causes a series of small bones to transmit the vibrations to thousands of tiny hair cells within a spiral shaped organ called the organ of Corti. These tiny hair cells are so specialized that they’re grouped together, to be triggered by very specific frequencies and impulses. Depending on the type of sound, its frequency, amplitude and other factors, these tiny hair cells are responsible for converting the sound-specific vibrations into electrical signals the brain can process into what we perceive as the actual sound.
That is how we can tell the difference between a familiar voice, an annoying alarm and the sound of crackling bacon in a frying pan.
We write a lot about the laws of vibration on our blog. It’s an interesting concept. So much, that we incorporate this concept in all of our products.

Disclaimer
These statements have not been evaluated by the Food and Drug Administration.
These products are not intended to diagnose, treat, cure or prevent any disease.
If you have or suspect you have a specific condition or disease,
please contact your healthcare provider.